You may have a small heart 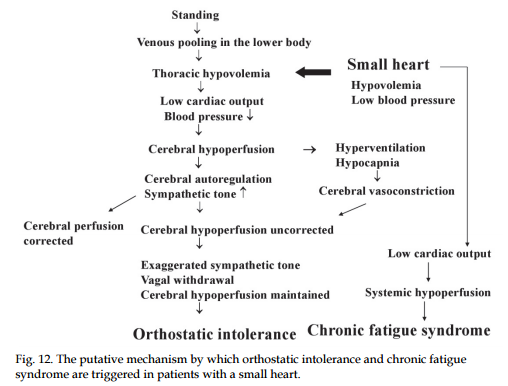 A consequence of a small heart may be a tendency to increase blood flow to the body by beating faster. The small heart may also be connected to the DNA SNPs associated with CFS.

For a good discussion on blood differences seen in CFS, see Les Simpson article in the Journal of IiME, Vol. 2 Issue , p. 24ff.

Recipe for CFS: Start with a small heart, then decrease it’s efficiency by having thicker blood and less blood, add in alterations of metabolites (amino acids and other chemicals) due to microbiome shifts — adding more chaos. Filter thru your DNA Snps to produce your own special collection of symptoms!