I should remind the reader that while these results can give insight to the issues, taking action to correct the issues can often exceed our current knowledge.

Over prior 3 months, the reader had taken Align, Yakult, SymbioFlor-2, Miyarisan, Prescript Assist. No herbs or antibiotics.

See the 1998 Alison Hunter Memorial Foundation Report for what was found then.  We have the same pattern of CFS for this patient.

Some items that were unexpected:

First a visual where you can see significant overgrowth/undergrowth of different phylum (largest classification). 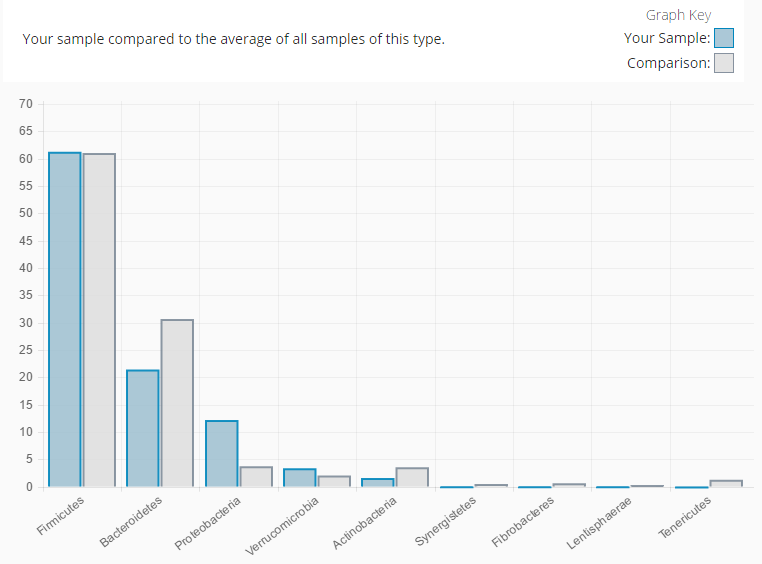 Major differences seen across all uBiome reports for all readers

Other families were high with one individual and low with the next. This is expected because the fine details are unique to each individuals, with a group of shift being very common.

This Phylum consists of many classes

Suggestions for reader to discuss with their Medical Professional