A reader forwarded me a link to “Escherichia coli-Nosode” which is available on German Apotheke (ships world wide) This is a sterilized/dead E.Coli. The manufacturer’s page is here. 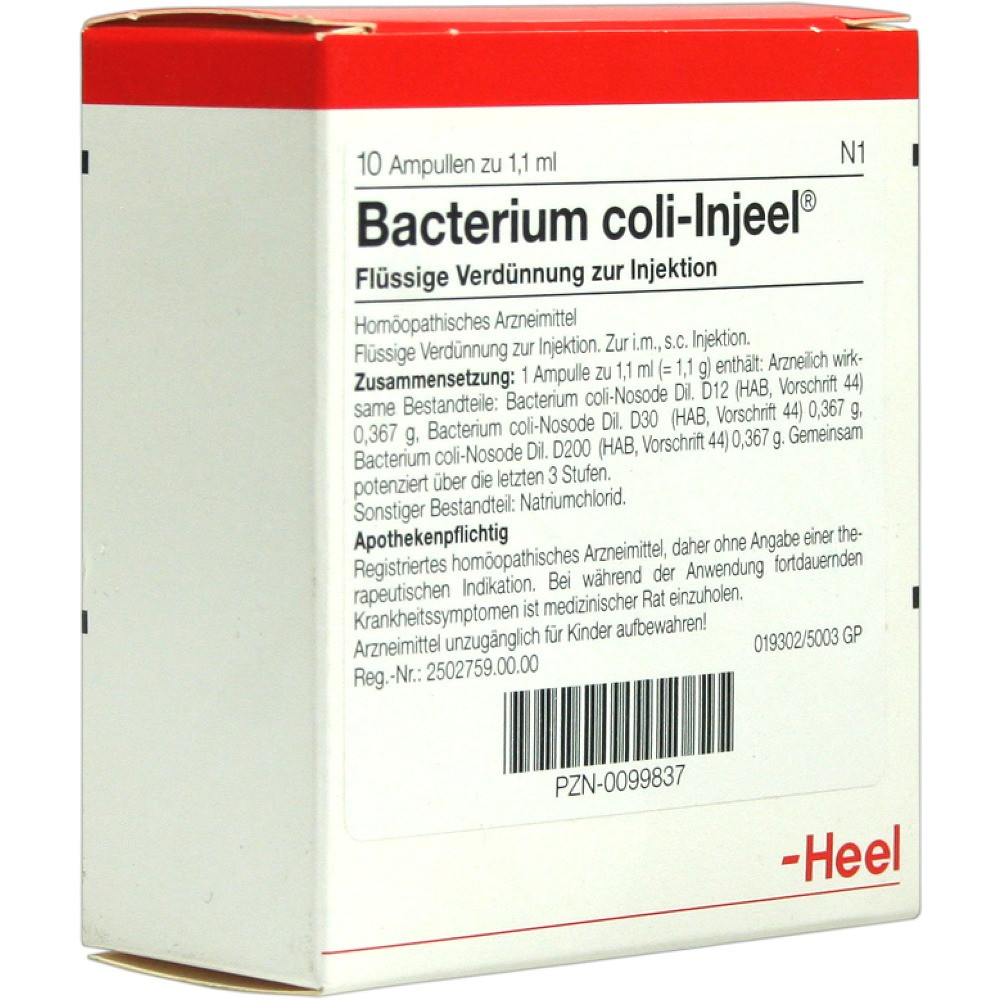 “Fatigue. Physical and mental exhaustion. Use of wrong words. Memory loss for recent events. Timidity and indecisiveness, often associated with meteorism. Shivering after the meal. Tongue white-yellowish with red line in the middle. Also with urinary problems and cloudy, nauseating urine. Aggravation by damp cold. Julian points to good effects in salpingitis, cystitis, kidney stones, cholangitis and in depressive psychoses.”

It appears to come in ampules — I assume for oral consumption and is described as homeopathic.

A 1991 article on it. There is negative press claim it is quack medicine.

It appears to have a similar history as another killed E.Coli product Colibiogen (see post) which had a few positive studies on pubmed. There appear to be many more suggesting that Colibiogen does have positive effects.

For this specific product we found:

No firm evidence of benefit. No evidence of risk (except to pocket book). In theory, the metabolites could have a positive effect, especially if a person cannot tolerate Symbioflor-2 or Mutaflor (live E.Coli).