At Costco today, I noticed a product and checking the label I found that it was a single strain. A quick check on PubMed, found enough interesting items to toss one in the cart. 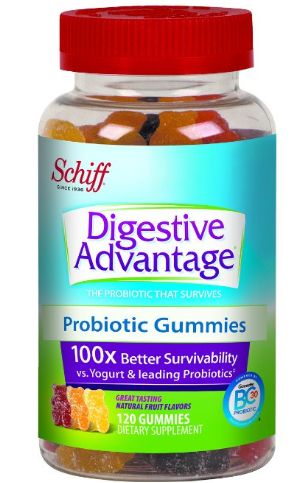 Give me gummies! This was a totally unexpected find.

WARNING: This is a histamine producer. See this post on bacillus and histamines. It is not suitable for all CFS patients.

P.S.  Schiff also sells it in capsules — but taking Gummies is much more fun!