A reader asked me to review this new probiotic. It has some “compelling marketing” — which likely raised flags of concerns to the reader. (Amazon UK Link) 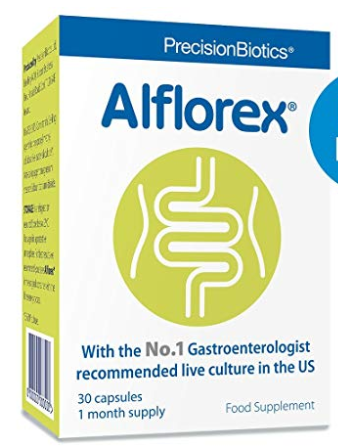 Obtuse labeling:  bacterial culture 35624 — What the Taxonomy is this bacteria!!!!

Exploring on their site we see it is “Bifidobacterium 35624 ” with the claim:

“The 35624 culture in Alflorex has been shown in 2 clinical trials and in scientific publications to remain active right through the digestive system and to reach the bowel with its properties intact.”

So we know it’s end products are:

I did an earlier post in 2013 on Align —  some readers reported histamine issues (which agrees with published studies).

If SIBO is your diagnosis — stop taking it, the taking of it may be causing a POSITIVE breathe test!!!!

If you have IBS or CFS, do not expect any symptom improvement.